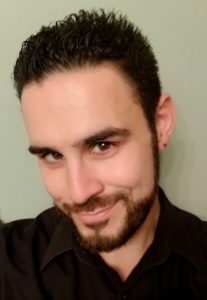 Garrett Cooperman joined in spring 2007 at Nu Chapter in SUNY Oswego. He has served in several offices at the chapter and national levels. In 2009 he joined the Alumni Association, became National President, and helped found our National Scholarship. Later, he served as National VP of Chapter Maintenance, and is thrilled to lead the Alumni Association through 2022. He is a karaoke enthusiast and lyricist, dabbling in vocal percussion, and loves playing pots, pans, and other random instruments with his baby son. Garrett is assistant principal of A. L. Brown High School in Kannapolis, NC, and also teaches self-defense. He lives in the Charlotte, NC area with his wife, Sarah (an Alpha Chapter alum); their two kids; and their two doggos. 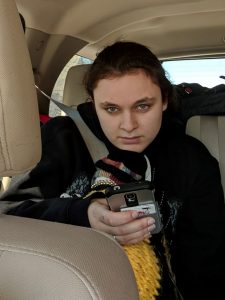 Hannah is an alumni of Nu Chapter at the State University of New York at Oswego, where she served as Chapter President. 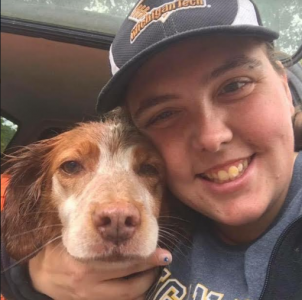 Jackie Harms joined in Fall 2011 at Zeta Chapter at Michigan Tech in Houghton MI. She has served in several committee chairs and a one office at both the National and Collegiate level. In 2016 she joined the Alumni Association after graduating Michigan Technological University with a Bachelors of Science in Chemical Engineering and Minors in General Music, General Mathematics, and Bioprocess Engineering. She jumped head first into nationals and the alumni association and became the Chair of the National Scholarship Management Committee, and helped give our first ever National Scholarship. Since then she has been chair or on the committee and has served on several committees in alumni association, and is thrilled to help the Alumni Association through 2023. She loves to hunt, fish, craft (latch hook, paint, and sew for example), swim, and go on hikes. Jackie is now Stock Prep and Secondary Fiber Superintendent at Packaging Corporation of America (PCA) in Filer City, MI, where recently our CEO has signed a contract to ship the Covid-19 vaccines and also bartends on the side. She lives in Manistee, MI, which is known for its summer vacation. Her sister, when not in school comes and spends time with her. Hopefully she gets to explore the area more this summer! 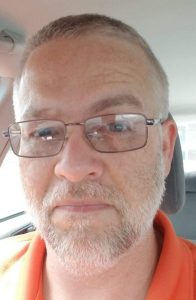 Ryan joined Delta Chapter in Fall 1993 and has been continuously active ever since. Past leadership includes National President, NVPE (oversaw the founding of Xi and Omicron), and Alumni Secretary/MAL. He is the quasi-official caretaker of all things Delta Chapter. Ryan is the originator/owner of the “Rename the BOT” tradition. His musical talents remain simple: flute, piccolo, “car-aoke”, discovering depressing music on Spotify, singing around his three sons to inflict maximum embarrassment, helping Zetas find the bass line of Hail The Spirit, and leading Scouts in rousing, borderline inappropriate campfire songs. Ryan graduated Clemson University in 1995 and works in Charleston, SC as a software developer. He is an avid BSA volunteer. 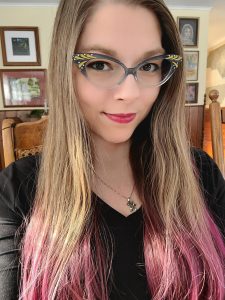 Tammy pledged in fall 2007 at Omicron Chapter. She became active in the Alumni Association in 2018 and was elected to the position of MAL the following year, which has been her first office held since graduating from Roanoke College in 2009. She still sings occasionally in her spare time and is a big fan of Broadway soundtracks. She currently resides in Roanoke, VA with her husband and two cats, where she is a regulatory coordinator for the billing department of Carilion Medical.